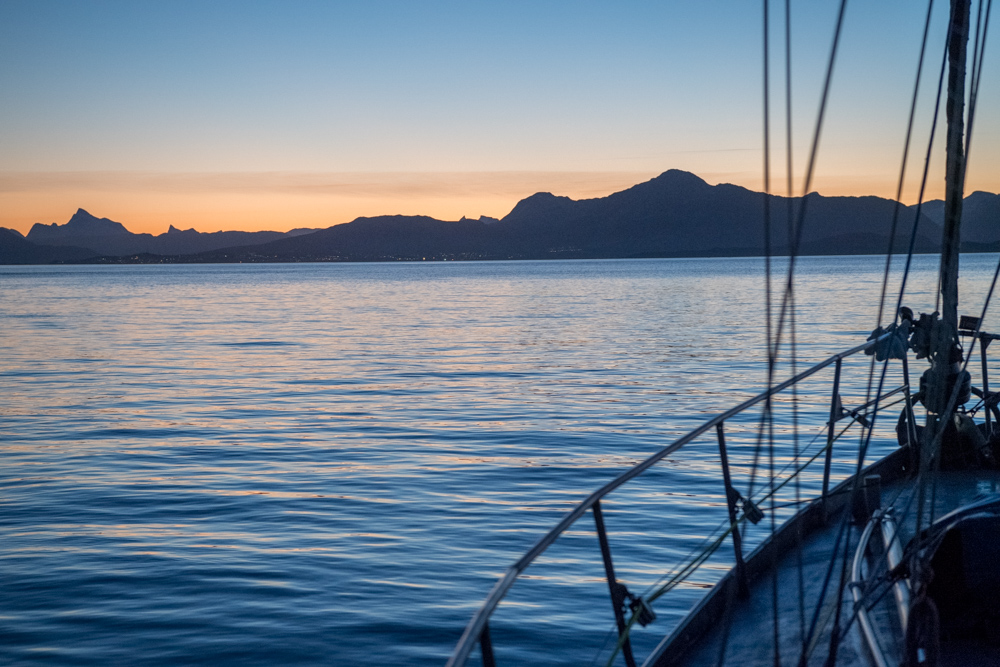 We Pulled into Nuuk

Okay, sorry I haven’t written for a while, I’ve been very tired.  So, yesterday morning we pulled into Nuuk and were met on the dock by our new Skipper, Mike.  Mike quickly established himself in my mind as serious about the job and pleasingly understanding about my worries about being on my own in a boat with five strangers.  Not long after his first mate Andrew turned up, Andrew also seems to be serious and capable on a boat.  Two attributes that rest me assured about the next leg.  The Mother, Dad and I went up to the hotel we were staying in for a bit of a siesta before dinner.  At seven o’clock we met Mike in the reception again and we went to a restaurant about two hundred meters across the road.  There we met the rest of the new crew,  Rob, a friend of John, Annie and Dangerous Dave’s from their sailing club. If you don’t know any of them have a look at some of my earlier blog posts.

The last member is a friend of DHA’s(David Hempleman Adams).  David Wynn Davis is an ex-military man who is a competent sailor and from what I’ve seen so far great to have around.  With them in mind I’m really looking forward to the Atlantic Crossing, it should be a load of fun.  After dinner we parted ways with Colin and Alison who had a flight in the morning and returned to the hotel.  I was then woken up at about five in the morning to say goodbye to The Mother who had a flight and then went back to bed.  At quarter to eight Dad and I got up and had breakfast in the hotel, at nine we got a call from a primary school in the UK called Castle Mead Primary School.  The purpose of which was a question and answer interview type thing with the children.  I don’t know what they thought but I was quite pleased with how it went and so did Dad.

After that Dad and I went to the hostel where Frances, Rob and David were staying so that we could team up with Frances and go around bombarding people with questions and recording equipment for the lesson plans WWW is putting together for schools.  That went really well, the first person we interviewed was the man who lives next door to the hostel.  He’s a chef called Tomas who moved to Nuuk five years ago for a three month period and then couldn’t see why he might go back to Denmark.  He lives there with his dog, Milo, a friendly but incredibly tough Staffordshire Pit Bull Terrier.  He loves the place and I can absolutely see why.  Beautiful scenery, good walking, sailing, climbing opportunities, nice community and so on.  After a while we bid farewell to Tomas and went down to the docks.

The next person we ran into was a man who worked making and baiting fishing lines for the. fishermen.  The way it works is the fishermen will come to him and ask for a particular line, a thousand meters, three thousand meters, six hundred hooks, seven hundred and so on.  He’ll then spend however long he needs to making the line itself which he’ll get paid for as a commission.  When he has no commissions he goes over to a nearby shed and helps put the bait on already made lines.  After we finished talking to him we went over to where we could see two men unloading bits of reindeer into a van.  Only one of them spoke english so we recored our conversation with him and a very interesting conversation it was.  He’s name is Michael, he’s originally from Denmark but moved to Nuuk with his parent when he was very young.  He then at some point moved back to Denmark and now alternates between the two locations making a living as a hunter and a football referee.  His long term ambition is to become the referee of major international matches and I have to wish the very best if luck.  He was so nice it would be wrong not to.  He also took the time to explain something about the hunting he does.  He shoots reindeer with a relatively small but one must assume high velocity rifle.  In a trade like that you have to.  One shot, one kill, as he put it, for both practical and ethical reasons.  Then he explained that you but the carcass in a bag with a strap that you bizarrely place around your forehead and drag it back to your boat over whatever terrain necessary.  One of the reindeer he’d returned with weighed eighty kilos and he dragged that for nine hours back to his boat!  By his head! You think you’re tough?  You have no idea!  After talking to him we returned to the hostel to organise the fifty eight gigabytes of video and sound we’d recorded.

Then, sadly, Frances had to leave to catch a flight to Reykjavik and so now has left us.  Before she went she asked me and Dad to continue the good work and try and get another interview with someone after lunch. We went one better, we got two.  We dutifully went along into town and ambushed a likely looking suspect who we then discovered was a secondary school teacher originally from Denmark who’d lived here since nineteen eighty six.  After talking to him for a bit he spotted one of his students who he completely dumped in the thick of it and got him to do an interview as well.  The  student looked understandably unhappy with this but did it anyway and did a very good job considering.  After that we walked around town a bit and found a cuddly toy to put on the front of the boat.

Upon our return to the dock we were alarmed to find they’d left without us!  In fact Mike and co had just popped off with the boat to the fuel pontoon and we knew that but it was a little surprising to find where we’d been tied up empty.  Luckily however the yacht we’d met in Illulisat had arrived.  We met the skipper of the Eagles Quest II on the dockside and had a chat with him.  As far as I’ve been able to tell he’s very like a different version of Nikolai, very experienced, very skilled, friendly and so on.  The only real difference is Nikolai’s Russian and this man’s Chinese.  I like him.  The American member of their crew, Misha, turned up as well and we were invited to wait inside the Eagles Quest for Northabout to return.  We gladly accepted and joined Misha inside.

The Eagles Quest is nine foot longer than us and therefore has twenty nine and a half percent more inside space. The difference that makes is enormous.  Not only this but the Eagles Quest is less of a rugged expedition boat and much more comfortable and so the inside was really really nice.  I mean, REALLY, nice.  After a bit we realised Northabout had returned from its foray into the wild lands of the fuelling dock and went over to to have dinner.  Dinner finished and everyone except me and Andrew, so I wrote this and he went to bed.

The children from the Mead and Castle Mead have all been enthralled by your question and answer sessions and I can assure you from the children’s perception it went very well indeed. They are currently studying climate control to link in with your challenge so when they actually had the opportunity to talk to you they were so excited. Their faces were a picture especially when you described the polar bears. I am sure you have inspired them and who knows stirred the explorer in them. Thank you once again for taking time out of your schedule to talk to the children.

Thanks for the Q &A session Ben .the children at Castle Mead loved it and were buzzing afterwards
Would love to see you when you return