Navigate the Future of the Arctic Responsibly

Speaking from Bristol, UK 18 June 2016, the day before expedition start

On June 19th 2016, we left Bristol in our boat Northabout to circumnavigate the North Pole anticlockwise. By doing this we will be demonstrating that the Arctic sea ice coverage shrinks back so far now in the summer months that sea that was permanently locked up now can allow passage through.

Permanent irreversible change in the sea ice landscape of the Arctic seems inevitable. This will / is already having global economic political, social and environmental implications. A significant change in my lifetime.

I see this possibility to circumnavigate the Arctic as one I wanted to take despite the risks associated with it in order to increase the worlds attention on the effects of Arctic climate change. There may be a possibility still to curb this progressive warming and melting in the Arctic. But even if this is not possible the next most important thing is to at the very least highlight the need to ‘Navigate the Future of the Arctic responsibly’. Shipping will pass through very soon, the lives of people living in the normally year round ice bound communities, well, their lives will change drastically. As are the habitats of walruses, whales, seals, polar bears, the whole ecosystems within the sea. We can try to have an impact in trying to make sure that this change is handled carefully, sustainably, responsibly. I believe that all of us, we can all be part of that conversation.

I have also set up a charity called Wicked Weather Watch which is an education based program which is engaging with schools on the issues of climate change notably in the Arctic area. This is because it is the polar regions that I am most familiar with and where it would appear, certainly in the Arctic that climate change is very noticeable. Non scientist people like myself who, because I have been travelling to the polar regions for over 20 years now, have been witness to those changes first hand and bring another perspective alongside the scientific observations.

We are bringing you daily updates from the expedition. Please share what we are doing. Only by casting a spotlight on this issue can we make sure the world navigates the future of the Arctic responsibly.

A bit of my personal history behind this…

During the winter of 1995/1996 I met the Norwegian explorer Børge Ousland in Punta Arenas. I was attempting to become the first Briton to reach the South Pole, solo and unsupported; he was also striving towards a unique record. Our friendship started from then.

Amongst other things, Børge wanted one day to circumnavigate the North Pole in a small trimaran. He invited me to join him. I was already undertaking other adventures and therefore declined. Years later whilst visiting Murmansk with my daughter Alicia, I happened to meet him on his yacht. He was excited, although naturally apprehensive prior to starting his voyage. It was a big mistake on my part, as I should have joined him. He was successful and it was a brilliantly executed expedition. 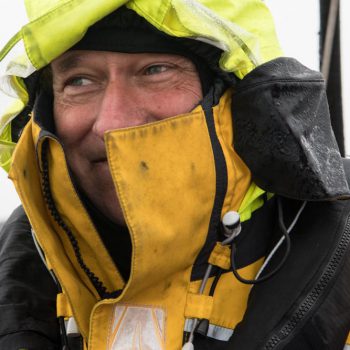 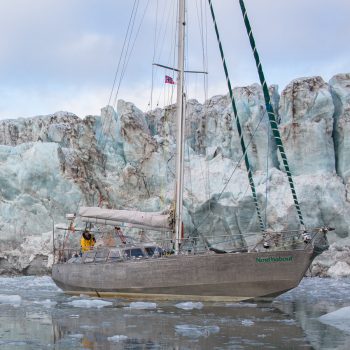 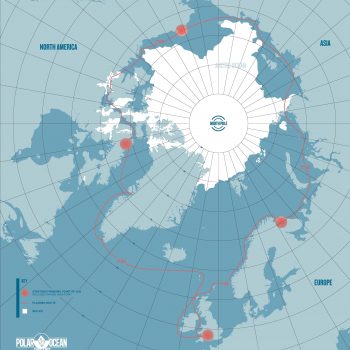 Nikolay Litau (2001) received the Blue Medal award “For his circumnavigation of Europe, Africa, Australia, and Asia. In Aug. 1999, he made it through the Northeast Passage, a first in history. After 30,905 miles, he finally returned to St. Petersburg in November. See below image

After completion his seventh Arctic navigation in 2013, Nikolay Litau had journeyed 150 000 nautical miles under sail. Awarded Russian medal of Bravery, and in 2007 at the Moscow yachting festival captain Nikolay Litau was awarded the title «Legend of yachting». 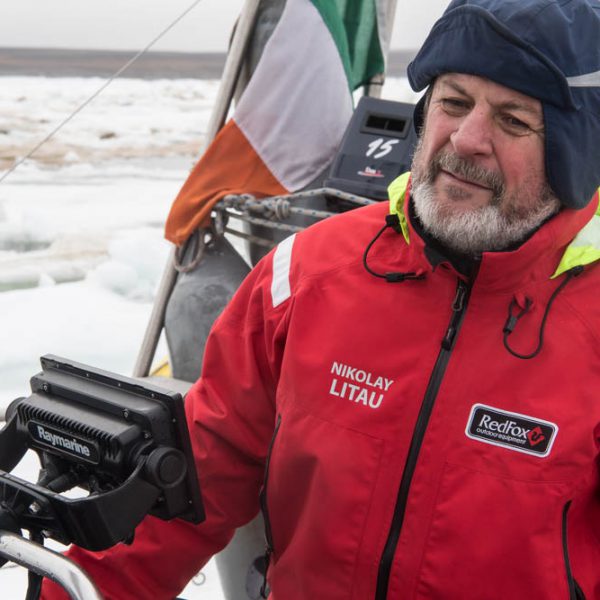