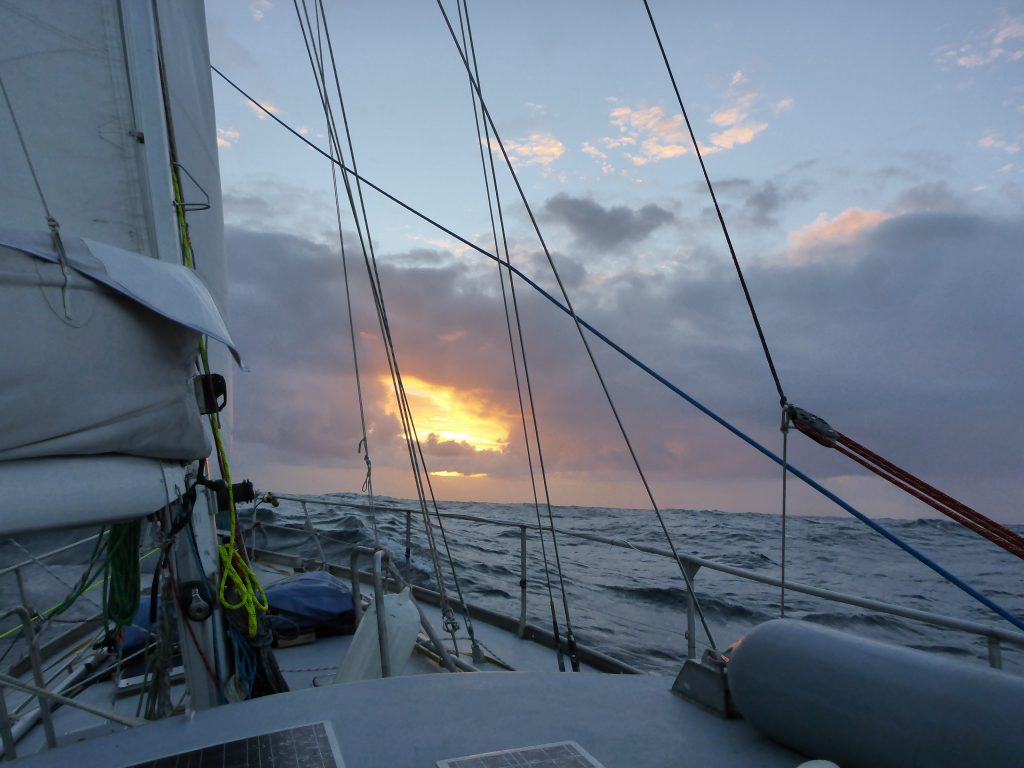 With the wind and swell behind us we were doing twelve knots at times with an average of about seven. Amazingly that continued and continues to continue as we continue to head east. Thence to Bristol, see you there!

Ben Edwards, crew. Whole Expedition 18 October from near the entrance to the Bristol Channel

So three days ago we pulled into Dingle.  A charming little coastal town with an abnormal number of pubs.  The reason for this is Dingle is the destination that the American tourist industry has focused on.  As a result while nice it probably the only place in Ireland where you can actually buy a green top hat.  Judging from current evidence at least some of it’s fifty two pubs are very nice.  At about eight o’clock the five of us( Dad had met us on the pier) minus Mike got a lift from a man named Aiden who has been following the boat on twitter and his daughter, Kate.  We went to a pub out of town called the South Pole Inn.  It’s claim to fame was that it was run by Tom Crean, the carpenter on Shackleton’s expedition.  Aiden and Kate sadly had to go but we stayed for about an hour before getting a taxi back when Mike called with the location of dinner.  Shaun from Eagles Quest joined us, they’d been following us in convoy since Westport and had arrived two minutes after us.  After a very satisfactory meal we went back to the boat and slept.

The next morning we set off with high spirits.  We’d had a look at the weather forecast and it was tailwinds all the way, for once.  The next twenty four hours moved us very very quickly towards our target, Dad got seasick but fortunately that didn’t last long.  With the wind and swell behind us we were doing twelve knots at times with an average of about seven.  Amazingly that continued and continues to continue as we continue to head east.  We’re now in the lee of Wales and hope to get to Portishead tomorrow.  Thence to Bristol, see you there!