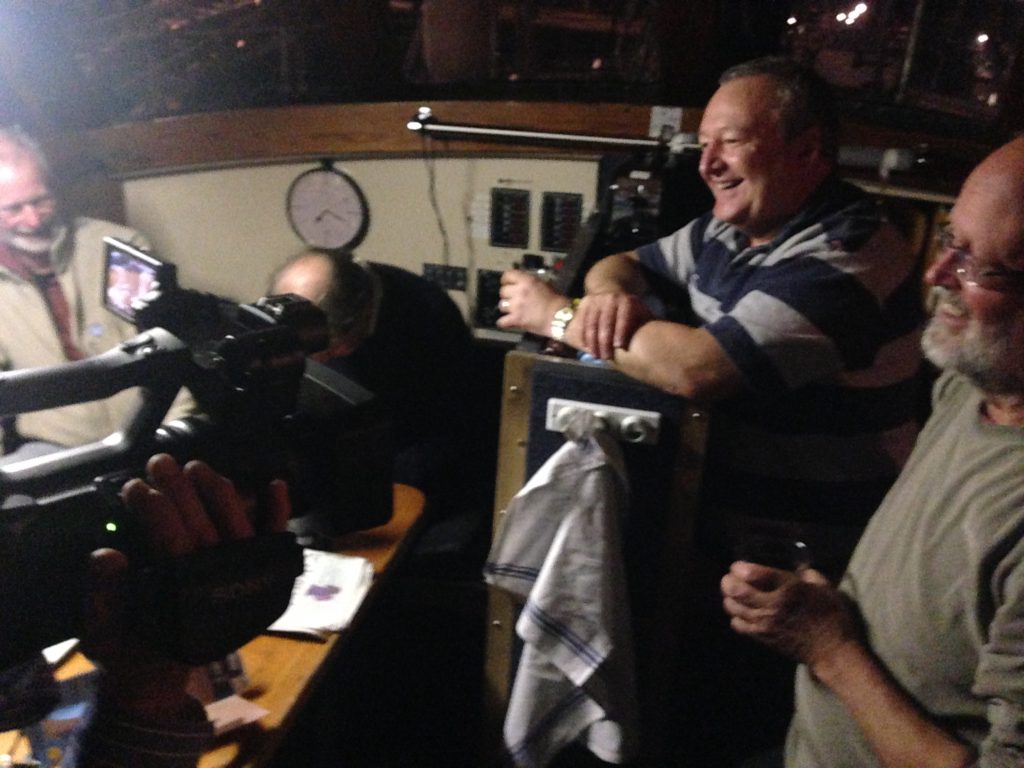 It’s all over. We arrived back at the SSGB at noon to finish the expedition, and it was also the end of the last leg back from Nuuk in Greenland.

What a fantastic experience! Thank you, DHA, for letting me share in the adventure, and to all my crewmates on the last leg for your unfailing good humour in often quite challenging circumstances.

But enough of that. I guess you are more interested in the outcome of the trial of the century. More eagerly anticipated than the recent case on the Archers, my court martial was finally held in Northabout’s saloon last night. My good friend of 24hrs, Andrew Carnegie – the micro poet – acted as my defence lawyer (nobody else would take it on), and I was marched in to face the judge, Skipper Mike, to the welcoming words of “Bring in the guilty bastard”. Ben did a great job of prosecuting, Andrew valiantly presented a defence of the indefensible, and the trial soon descended into ever more complicated arguments about incomprehensible points of legal irrelevance until I pointed out that I had already been found guilty but had appealed against the leniency of the sentence, so it was only a question of how extreme to now make it.

Keel hauling with the keel up or down? Hanging from the yard arm? Cleaning the heads?

No, the judge chickened out, and I was sentenced to sing a song. My wife will confirm that listening to me singing is far more of a punishment for the audience than the singer, but I was prepared. I had thought this would all take place in Ireland, so I had remembered a song by Tom Lehrer called “the Irish Ballad”, which has lots of verses, suitably silly refrains, and is all about murder.

After 4 verses I offered to cut out a few (which was gratefully accepted) and just did the last 2 to finish.

The whole thing was videoed by Steve, so it may be inflicted on you on this website in due course. I am truly sorry!

Thanks, Frances, for letting me serenade you last night! It was a real pleasure.