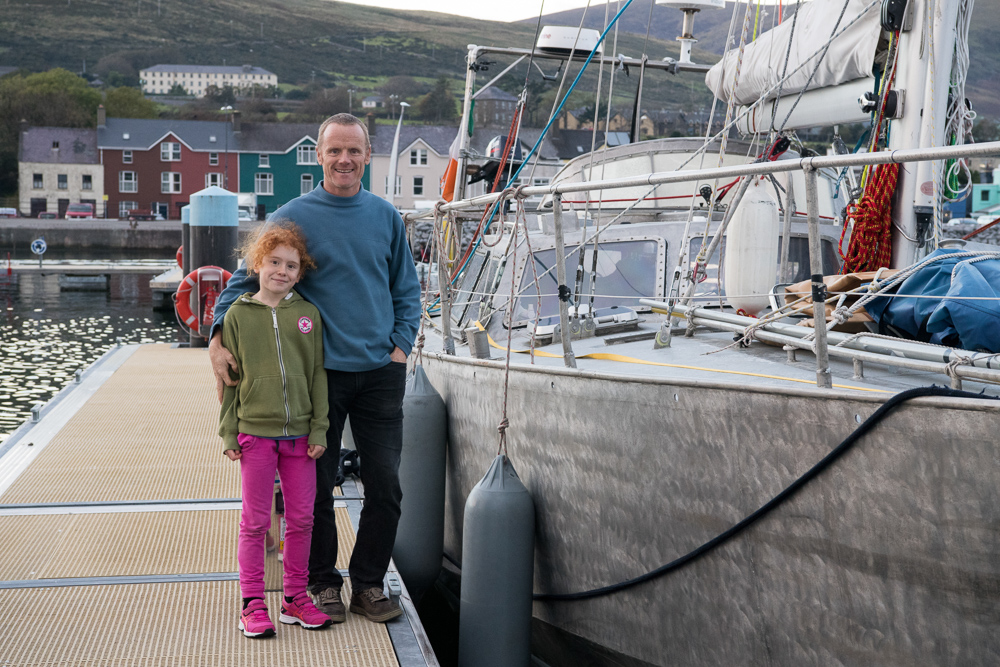 We were visited by Aidan and his charming daughter, Kate, who had been following the voyage on Twitter.

A great arrival in Dingle yesterday afternoon after a beautiful sail in between Dunmore Head and Great Blasket island.

While getting ready to take a trip to The South Pole Inn, Tom Crean’s pub at Anaspaul, we were visited by Aidan (sorry if I’ve spelt it wrong) and his charming daughter, Kate, who had been following the voyage on Twitter. Aidan is also an adventurer with a Contessa 32, who likes aluminium yachts! He kindly drove us the 12 miles to the pub, which is full of Shackleton and Crean memorabilia.

A couple of pints of Guinness later we met Mike and Shaun (from the Hong Kong yacht, which has followed us from Greenland) for an dinner of locally caught fish.

Then back to the boat for a Glenmorangie.

I think we all slept well, and are now getting ready for the last leg. We leave at 1400, and once round Mizen Head it would be nice to have a favourable wind back to the Bristol Channel.

What final challenges has Neptune to throw at us?