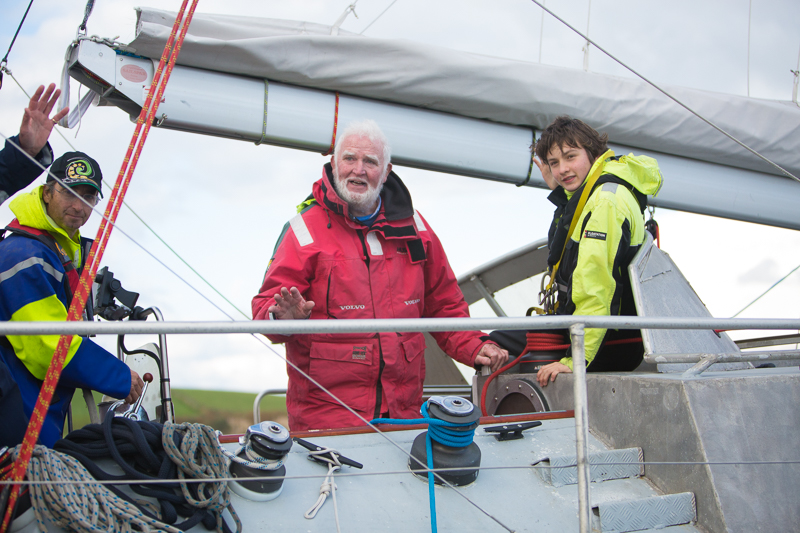 Our last 3 days in Ireland have been a bit of a whirlwind sorry for delayed blog!

So we’re in Ireland!  We arrived in the charmingly named Blacksod harbour.  There to meet us were some of the men who built and sailed Northabout round the north pole the first time, Jarlath Cunnane, Michael Brogan and Tom Moran.  They’d all come round from their respective homes in Westport to say hi and bring us food.  We all then went to a nearby pub.  The following hours convinced me that I should have visited Ireland long ago.  They’re all so friendly!  Tom and Mick got a fiddle and an accordion out, why the pub just happened to have an accordion I don’t know, and then went through a few songs, some of which Frances, who’d also come to meet us, recorded.  This morning we set off with Jarlath and Frances, Mick and Tom went back to Westport via car.  When we arrived Tom and Mick met us in a rib with a cameraman from RTE (Radio Television Ireland). We then exchanged Frances for Mick.  Mick got out of the rib onto the boat and Frances got onto the rib with a couple cameras and we messed about with the sails while they whizzed about filming us.  The RTE man finally got enough stuff and we tied up in Westport to a smallish welcoming committee involving a few reporters and a local police officer, or Garda as they’re called.  That evening we went to another pub which did a very nice steak, believe me.  That night most of us slept in a apartment that Jarlath and co rented for us from the same pub.  This morning Mike and I did a phone interview from another school in Britain and I’m currently waiting for RTE to call.