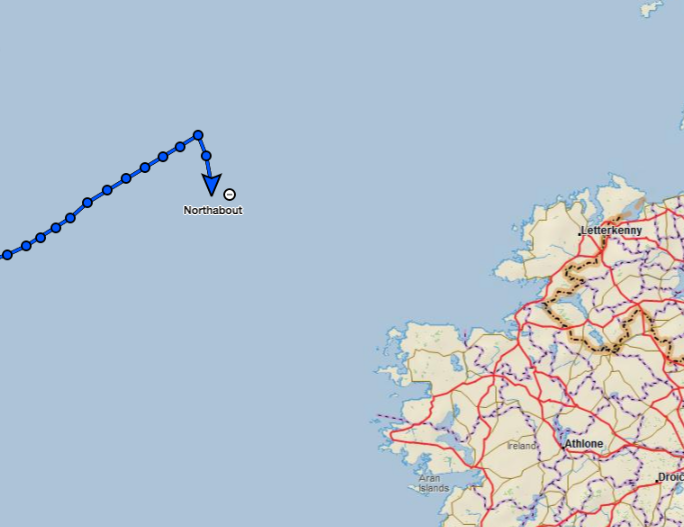 The newly ruled logbook is being kept beautifully entered – well, better than it was before. I am on my best grovelling behaviour trying to keep on Captain Bligh’s good side by carrying out acts of obsequiousness. This morning I woke him for the watch after mine with a cup of tea, and instead of disappearing to the coffin helped with replanning etc while diesel was pumped into the day tank. No sooner had the cabin sole been replaced than a big wave sent the gash container with last night’s supper remnants all over the floor. Fortunately it was mainly rice, the Thai red chicken curry having been consumed in no time by a crew who had declared themselves not hungry until it arrived in front of them. A couple of minutes earlier and it would have been over the Skipper’s head before clogging the bilges. Was it an accident or a premeditated act? Rest assured he will find out!

Anyway, I was immediately on my knees with dustpan and brush, and kept at it till every grain had been removed.

Still slogging against a strong easterly and big seas, but hoping to tack for Ireland shortly, and arrive somewhere on the west coast on Wednesday, hopefully near a pub, and while it is still open. Boat and crew going well, but looking forward to a Guinness.”