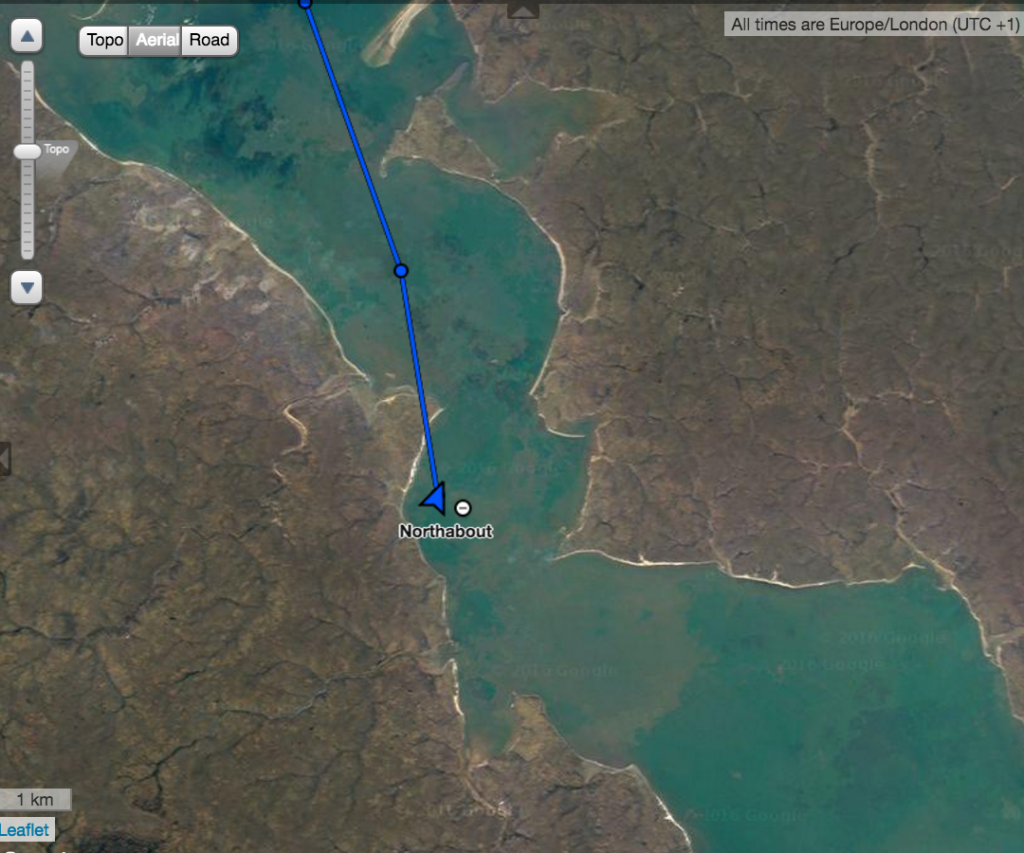 17 degrees C !! Anchored and bouncing round like a cork

Well, as predicted from the Grib files, winds slowly increased throughout last night to 35 and gusting much higher. Also, as predicted, the temp rose to an amazing 17 degrees today! In the morning, I also got the distinct smell of wood smoke. Maybe a forest fire 500 miles south and the smell drifted with the wind. At one point, we slipped the anchor, so good we had an anchor watch and wise to find shelter, no ice, 7m of depth, surrounded by land but still bouncing about like a cork.

We have lots of rotas I started in Murmansk,  anchor watch, helming, washing up and cooking. To be fair it has worked very well, and unless some one is sea sick, people know when its their turn.

I have been clever, and done a deal with Constance, she hates washing up and I can’t cook, so we both cook and wash for each other.  My partner in crime is an American Italian. She lives on Saint Croix, a small Island in the Caribbean.  Very intelligent, very travelled and cultured. I have been on a few trips with her and boy she can be tough when it needs it.  Her cooking is always a highlight, I constantly nag her to keep it simple, but no, in pounding waves, she has to do a frigging five course meal.

She also forgets where everything is from one cook day to the next, so insists on using every pot, pan, bowl, plate, serving utensils on the boat which means I gulp the food down in 5 mins and then spend 5 hours washing up, hanging on for dear life, with my marigolds on. I never realised the Italians had so many types of pasta, but it’s a master class of cooking to do so many from a little stove, balancing as if on a skate board.

Last night was a bit of a panic. We might run out of Vodka, wine and scotch, but also OMG toilet roll. With a captive audience, I showed everyone what I was taught on Everest by the Sherpas. Just use one piece of toilet paper per poo. Well, you would have thought I had just shot Constance between the eyes. Her facial expression was such, she was just about to throw up, her cast iron stomach had not succumbed to sea sickness, my little trick nearly did it !  Well luckily, our supremo Provisions Director Ros, did a quick count, and luckily found we had enough for two squares per person, so panic over.

Well tonight, Constance is cooking, so writing this early, as I will be washing up until moonlight. BUT its worth it. I think !