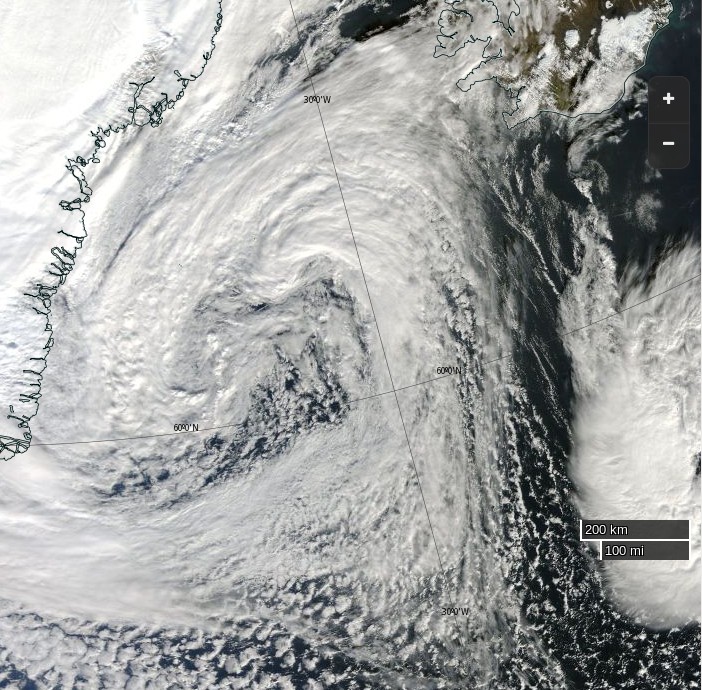 So the night hath passed and we’re still alive. To me it feels like it was a bit of a close run thing

So the night hath passed and we’re still alive.  To me it feels like it was a bit of a close run thing.  We left the weather station where we stayed the night.  It was an amazing place. Anyway, we left the station at about seven in the morning in the first rain we’ve had during Greenland.  Eagles Quest had left twelve hours before and we knew we were in for a rough time, we underestimated just how rough however.  I did my watch (eight to ten) and went straight to bed, not that that saved me.  Twenty minutes later I rushed to the toilet and threw up my breakfast of porridge and tea.  I then went back to bed, the swell got larger, the wind got stronger, I went back to toilet.  This continued for the next ten hours.  In total I threw up six times, a personal best.  We have no wind instruments, we don’t know why, I’m sure we set out of Bristol with them.  In their absence Mike estimated that we had a steady fifty knots, which explains the wind, and the waves.  It also answers the question: what happens when you pitch out into a decaying hurricane named Karl in the north Atlantic in Autumn.  The idiots that we are.

We’re expecting high winds again tonight, not quite as high as we’ve had but still… And by Wednesday noon to have fairly pleasant conditions.

I didn’t like the look of that round swirly thing on me weather map. Poor you. I hope you have managed to get some nourishment now.